Throughout history, mankind has made continuous attempts to adapt to the physical discomfort of living in hot climates. From taking a nap in the shade to avoid the noon day sun, to creating architecture specifically designed to utilize our planet’s natural ventilation streams, the history of the human race is liberally sprinkled with examples of our desire to keep cool. Yet it is only in the last 100 years have we succeeded in developing mechanical systems that enable us to reach beyond simply taking advantage of our geographical situation to control our surrounding temperatures. 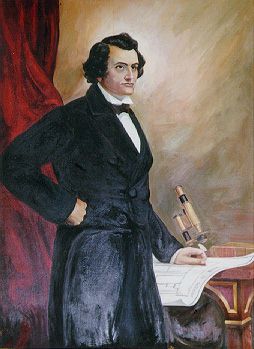 It is widely recognized that the first ‘modern’ cooling apparatus appeared in the 1830’s and was designed and built by an American physician from Apalachicola in Florida; Dr. John Gorrie. Gorrie’s simple machine consisted of a basic fan which blew across a large block of ice and cooled the wards at the hospital he was working in at the time.

Then in 1881 as US President James Garfield lay on his deathbed, a team of naval engineers designed a method to ease Garfield’s discomfort. They constructed an apparatus that blew air through cloths soaked in water from melted ice. The device succeeded in lowering the room temperature by around 20 degrees but the consumption proved enormous–within eight weeks the process had devoured half a million pounds of ice.

Early 20th century air conditioning or “manufactured air” as it was then called, was seen as a novel industrial solution for steering humidity levels in textile mills with the goal of increasing productivity. But within a short time, further commercial applications were discovered. Food preservation, document protection and the cooling of beer and other beverages became commonplace and more and more cooling stations were built to provide controlled air to neighboring buildings. 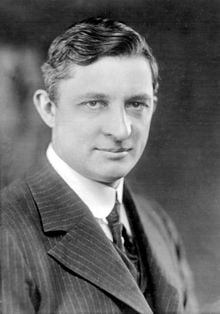 It was around this time that Willis Carrier appeared on the scene. Carrier, a mechanical engineer from Buffalo, New York, had a deep understanding of the relationship between dew points, humidity and temperature–an understanding we are told he gained from his experience waiting for a train on a foggy night. In 1902 he introduced a spray-based humidity and temperature control system which heralded the tenuous expansion of air conditioning into hospitals, offices, apartment buildings and hotels.

Known as the father of air conditioning, Carrier’s company became synonymous with air conditioning excellence. Carrier devised a method of utilizing chilled coils to cool air and reduce humidity down to an unheard of 55%. Known as his “Apparatus for Treating Air,” the device was able to adjust humidity levels to a fixed setting. This would be the forerunner of what we now know as the modern air conditioner, but it’s good to remember that not only were the early conditioner units extremely large and expensive–use of the toxic coolant ammonia also made them very dangerous!

In 1902, Alfred Wolff, an engineer from Hoboken in New Jersey was assigned the task of fitting out the New York Stock Exchange with a central cooling and heating system. Wolff is remembered for the design improvements he introduced, adapting the existing systems prevalent in the textile mills for use in other buildings. His innovations led to  a revolution in the application of cooling technology. Many industries benefited; tobacco and pharmaceutical, as well as the meat and film industries, to name but a few.

In 1911 Willis Carrier presented his ‘Rational Psychometric Formula’ to the American Society of Mechanical Engineers. To this day, the air conditioning industry still uses that same formula.

Air conditioning first received wide public attention at the 1904 St. Louis World’s Fair where it was presented to almost 20 million baffled yet fascinated visitors. The modern wonder known as manufactured air had arrived.

Soon after their prestigious introduction to the public, the installation of air conditioners began to rapidly infiltrate everyday society. The first private residence to be fitted with the costly luxury was in Minneapolis in 1914 and was owned by Charles Gates, son of John Gates, a notorious but hugely successful gambler of the time.

The first real cool air experience for the average citizen came after 1917 when movie theaters became the next focus of the air conditioning industry. The New Empire Theater in Montgomery, Alabama is the first theater on record to receive a cooling system and in the same year the Central Park Theater in Chicago was specifically designed and built to utilize the new technology. Almost overnight, both venues became hugely popular and attendance numbers soared to unforeseen heights.

In 1922, two crucial breakthroughs in the development of air conditioners were achieved. Again it was Willis Carrier who led the way. First he substituted the toxic ammonia with the far safer dielene (dichloroethylene, or C2H2Cl2). Simultaneously, Carrier greatly reduced the size of the  units and at last the cooling systems began to become mainstream with systems being widely installed in office buildings, department stores, private apartments and even in railroad cars. In 1924, The Carrier Company installed a trio of centrifugal coolers in the J. L. Hudson Department Store in Detroit, Michigan. The pleasing effect on shoppers was duly noted and air conditioning quickly became an integral part of any serious retailer’s marketing strategy. From there it did not take long for serving politicians to get in on the act. Between 1928 and 1930 the White House, the Senate and the House of Representatives were all equipped with cooling systems, as were many other government buildings across the country.

Yet some setbacks were also to be had. The spread of commercial air conditioning was greatly hampered during The Great Depression, and when at the World Fair in 1939 Carrier showed off his futuristic igloo, its further development was interrupted by the outbreak of World War II.

During the war, many manufacturers converted their production to aid the military effort. Chillers were removed from department stores and re-installed in military plants and returned after the war. Thousands of walk-in air conditioners were manufactured for the US Navy to keep food and other perishables fresh on their ocean journeys. Bespoke portable air coolers were used for airplane maintenance in tropical climates. And yet again we see the name of Willis Carrier leading the way in the further development and functionality of air conditioning systems. Carrier was called upon by the National Advisory Committee for Aeronautics to design a system that could reproduce the freezing conditions found at high altitude and thereby carry out crucial testing of airplanes. Many thought the task to be impossible. But once again carrier shone with his ingenuity and was rewarded with the highest honors the US Military could bestow on a commercial company–the Army and Navy E Award

With the end of World War II production returned to mainstream, commercial use and with the US economy about to boom, the future success of air conditioning was guaranteed. Americans in their thousands began to purchase home air conditioning units so that they could enjoy the benefits they had only experienced in larger buildings. Air conditioning became so popular so quickly that soon the demand exceeded the supply and by 1948, yearly production of the home cooling units had reached a staggering 74.000, almost three times that of just two years earlier. It would be another two years before US sales broke the one million barrier for the first time.