When considering installing air conditioners in your home, you’ll need to take into account several factors, ranging from any natural ventilation your home benefits from, to floor plan, to Western sun in the afternoon and even the amount of natural shade from vegetation outside. Once you’ve decided that you need air conditioning, you should make sure you buy a system that is not only energy efficient but is sized and installed properly. Our qualified technicians and installers will be happy to help you with this work, in accordance with the provisions as laid out by Arctik and the Australian Institute of Refrigeration, Air Conditioning and Heating (AIRAH).

One of the more important choices you’ll be faced with is that of whether to install a standard split system or an inverter split system, and to make the right choice you’ll need to know the difference between the two. 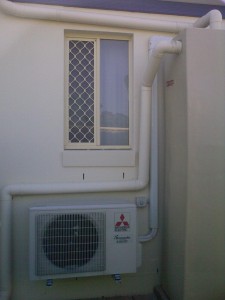 What is a Split System?

A split system uses two units working together: an inside unit and a ‘white box’ or compressor/ condensing unit outside. It works by expelling the hot air inside your house to the outside and replacing it with circulated cool air. Inside the system you’ll find a compressor, a fan, an evaporator coil, and refrigerant.

As well as controlling air circulation, a split system lets you control temperature, humidity, atmospheric moisture and cleanliness. An efficient system helps keep air clean by allowing you to keep your doors and windows closed – meaning you can wave goodbye to bugs and pollen indoors.

A standard split system has two speed settings on its compressor motor – that’s the part that drives the refrigerant through the whole system: full speed or off. When the room temperature reaches the desired level the motor switches off, and when it rises above that set temperature, the motor comes back on again. 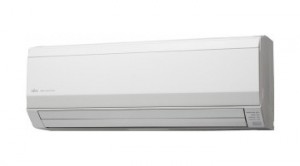 Other benefits of inverter split systems

When making the choice between these two types of split systems, it’s easy to see why so many homeowners decide on an inverter split system.

“I chose Brisbane Air based on their competitive price, but was very pleased with the young men who turned up on time, were courteous, efficient, very neat with their installation and cleaned up impeccably when the jobs (two air-conditioners in different locations) were completed.”

Very Happy With The Service

“We have had three separate installations of a total of 5 Split system units over a period of 18 months. Very happy with all aspects of service from Brisbane Air from Quote, installation and invoicing. All staff are prompt, polite, tidy and explain the operation of the systems very clearly.”